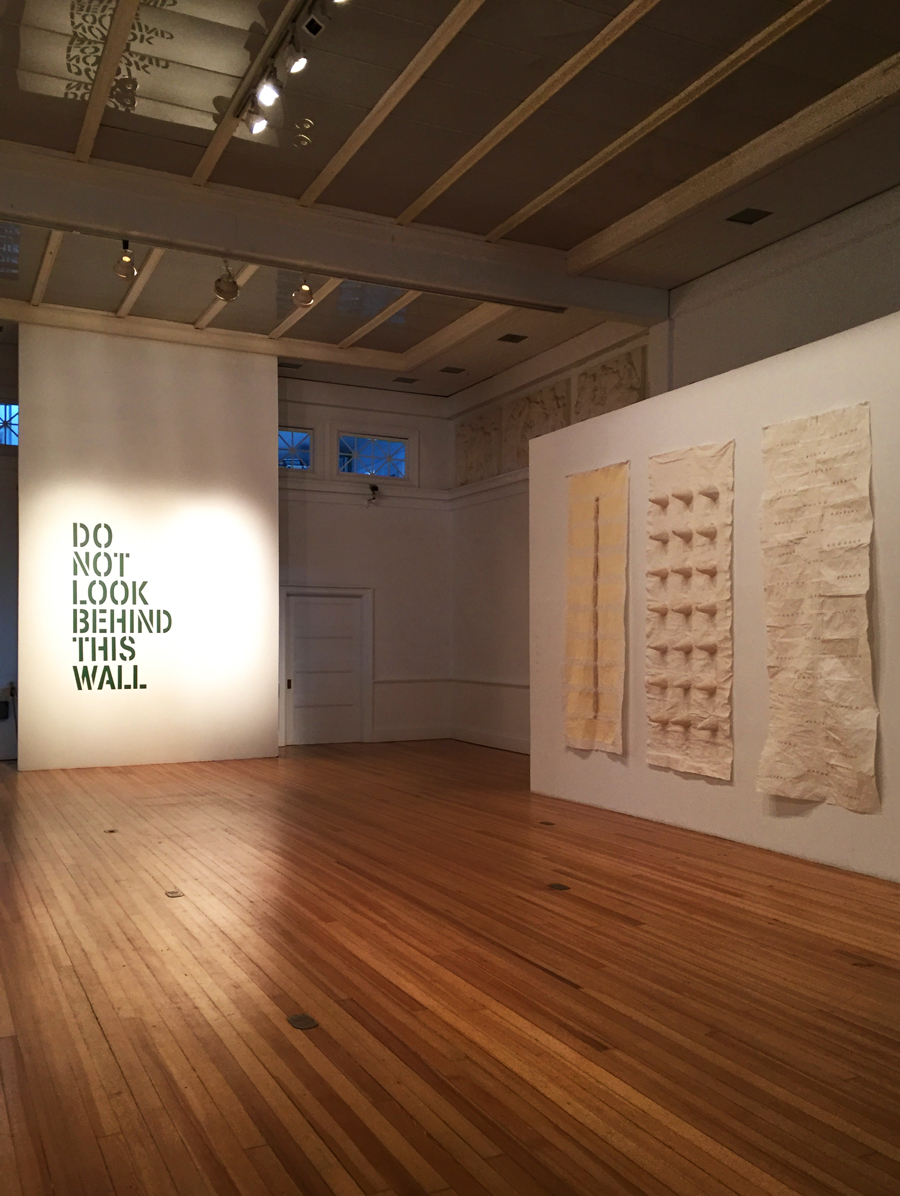 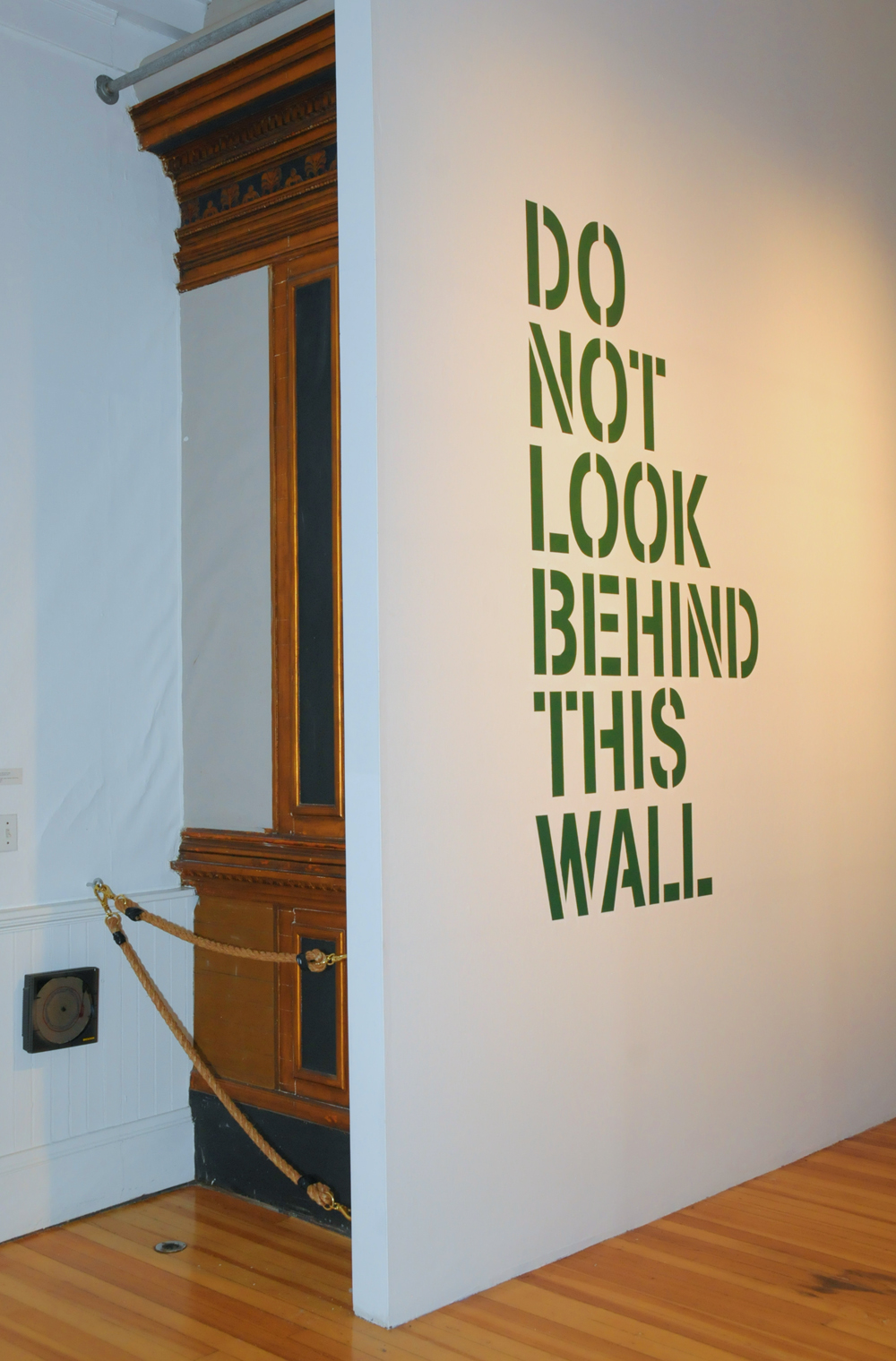 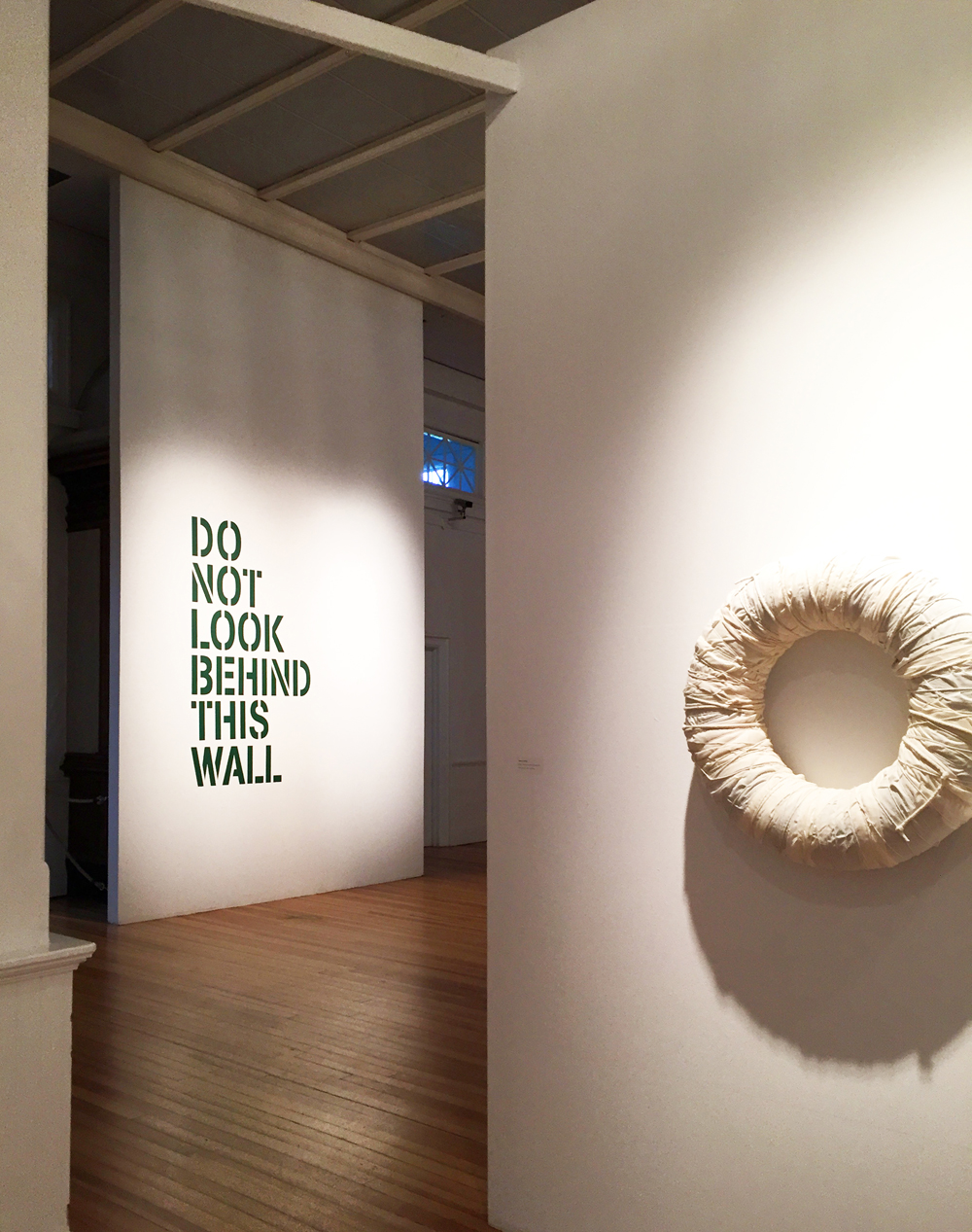 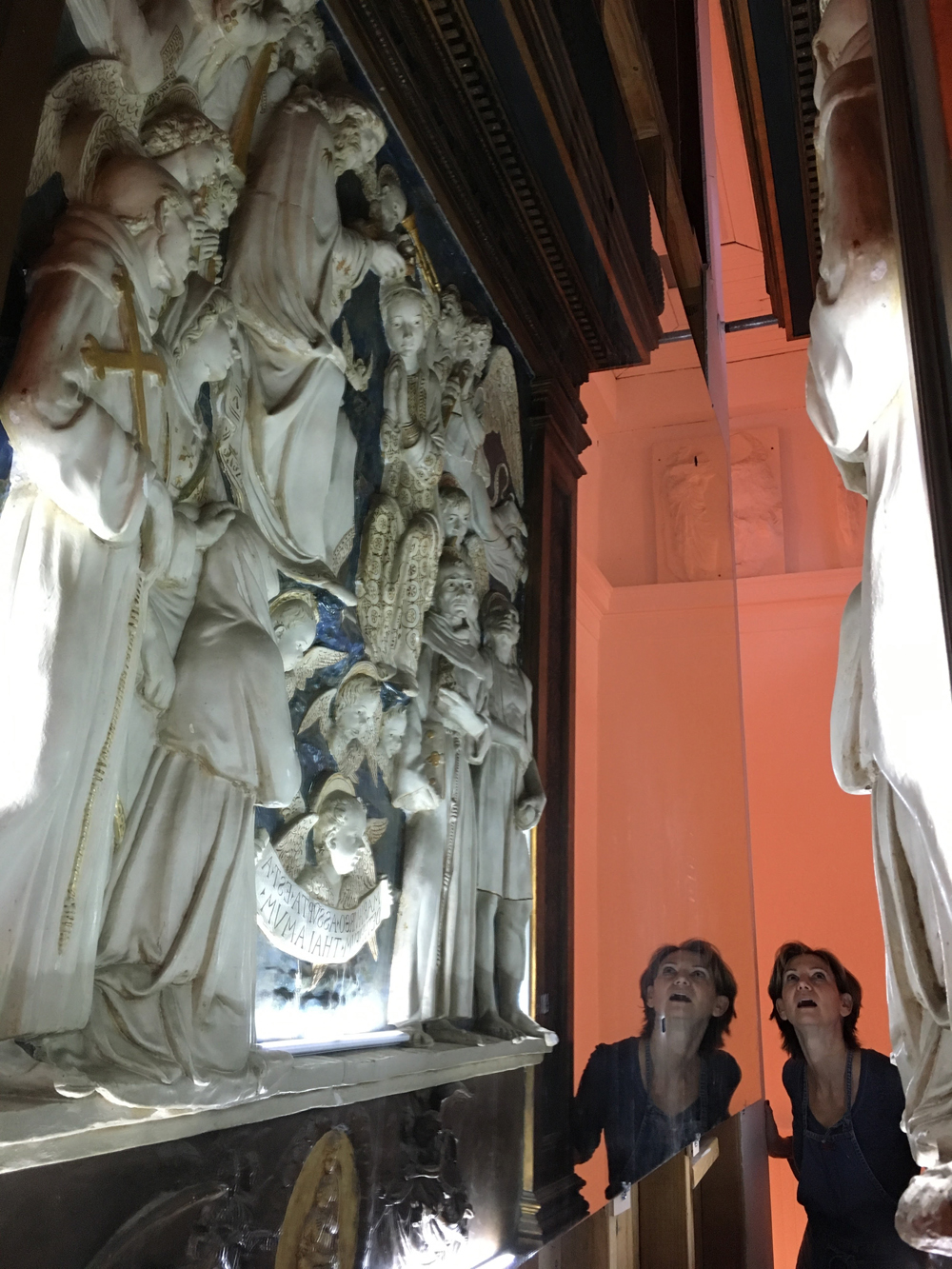 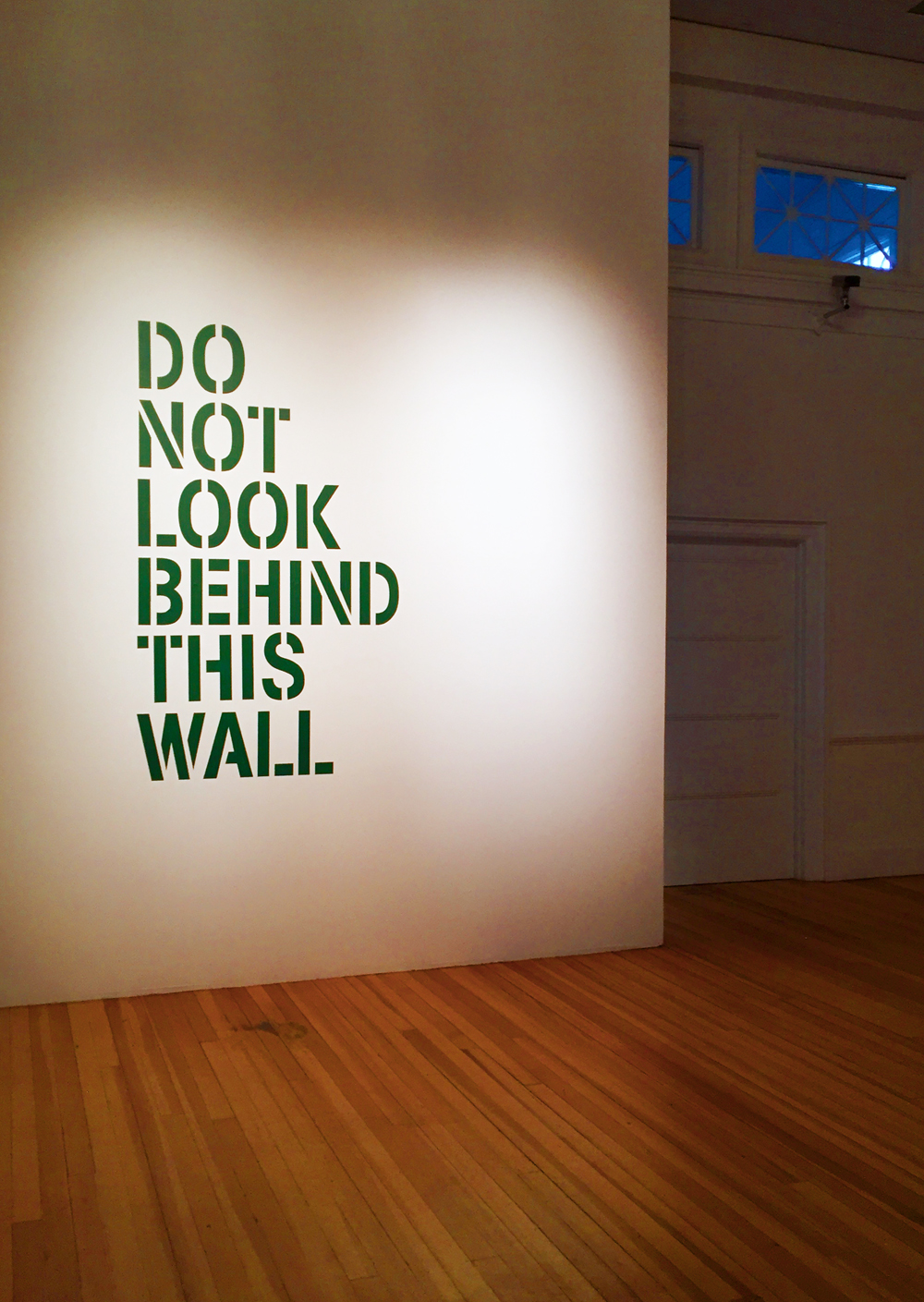 DO NOT LOOK BEHIND THIS WALL, A RESPONSE TO DENIAL

enamel paint on freestanding wall, behind which reside replicas of 15th century Renaissance masterpieces, 16 x 8 ft
​
A site-responsive installation, DO NOT LOOK BEHIND THIS WALL draws attention to the history of Southampton Arts Center and the original collection of Samuel Longstreth Parrish which included numerous reproductions of classical Renaissance sculpture. In the transept gallery, a false wall had been erected to cover 1914 replicas of sculptural works by 15th century artists della Robbia, Donatello and Ghiberti. Shrouded in this way, the works had not been viewed since 1993, when former curator Donna de Salvo organized an exhibition titled Past Imperfect: A Museum Looks at Itself. In it, portions of the sheetrock wall were cut away to reveal the grandeur of a massive altarpiece celebrating the art of these Renaissance masters.

Ross’s plan to reveal the concealed replica was met with resistance and her project was rejected. Instead, she drew attention both to her unrealized concept as well as the majestic altarpiece hidden in plain sight. To circumvent the issue, Ross installed a mirror on the backside of the false wall so its reflection would reveal the entirety of the altarpiece. Most of the visitors to Southampton Arts Center were stunned to know that behind the awkward freestanding wall was a reproduction of this magnitude.

DO NOT LOOK BEHIND THIS WALL, a brochure
Barron, James, Where’s the Art? In Hamptons Center, Look Behind the Wall, New York Times, Feb 26, 2017