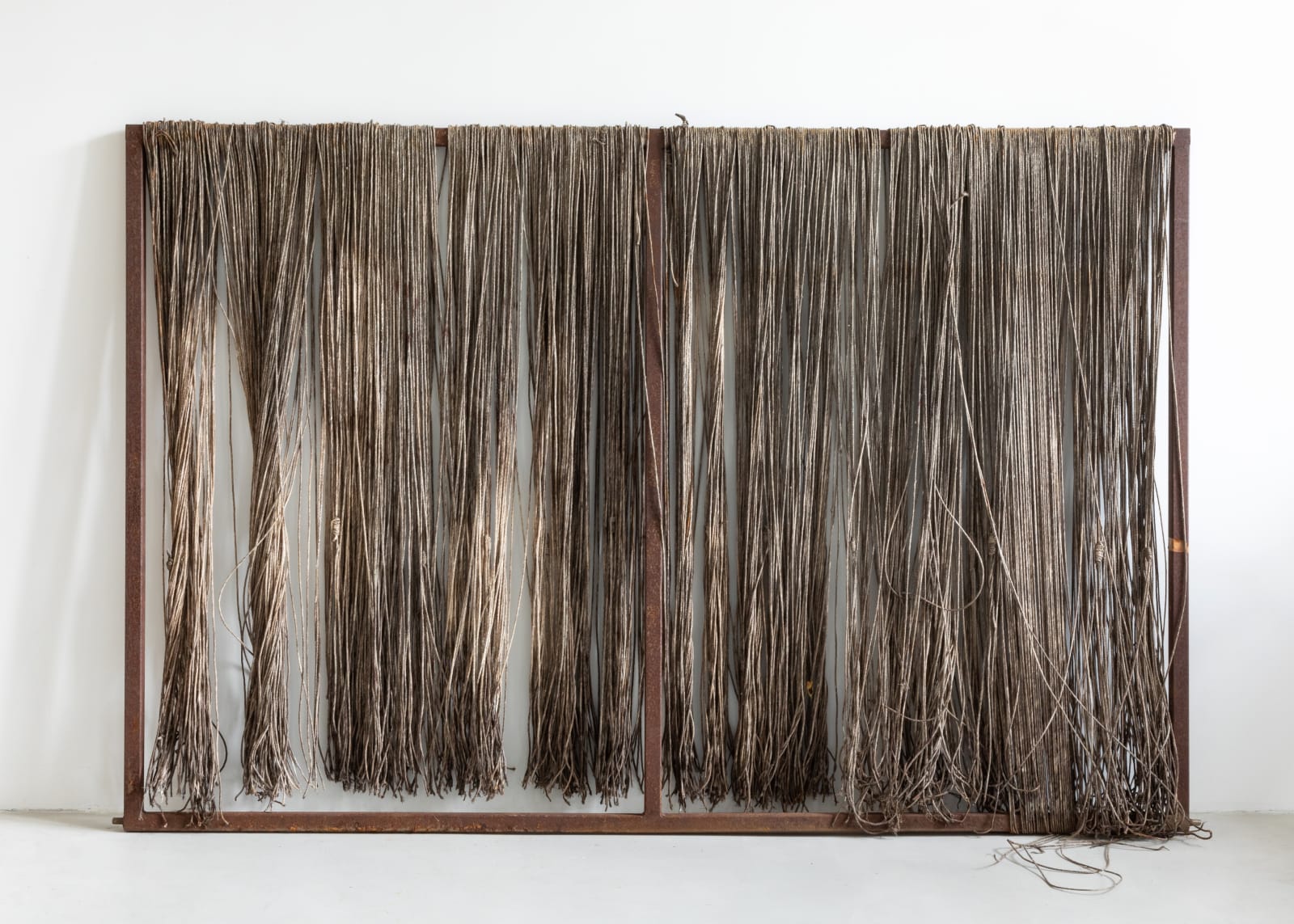 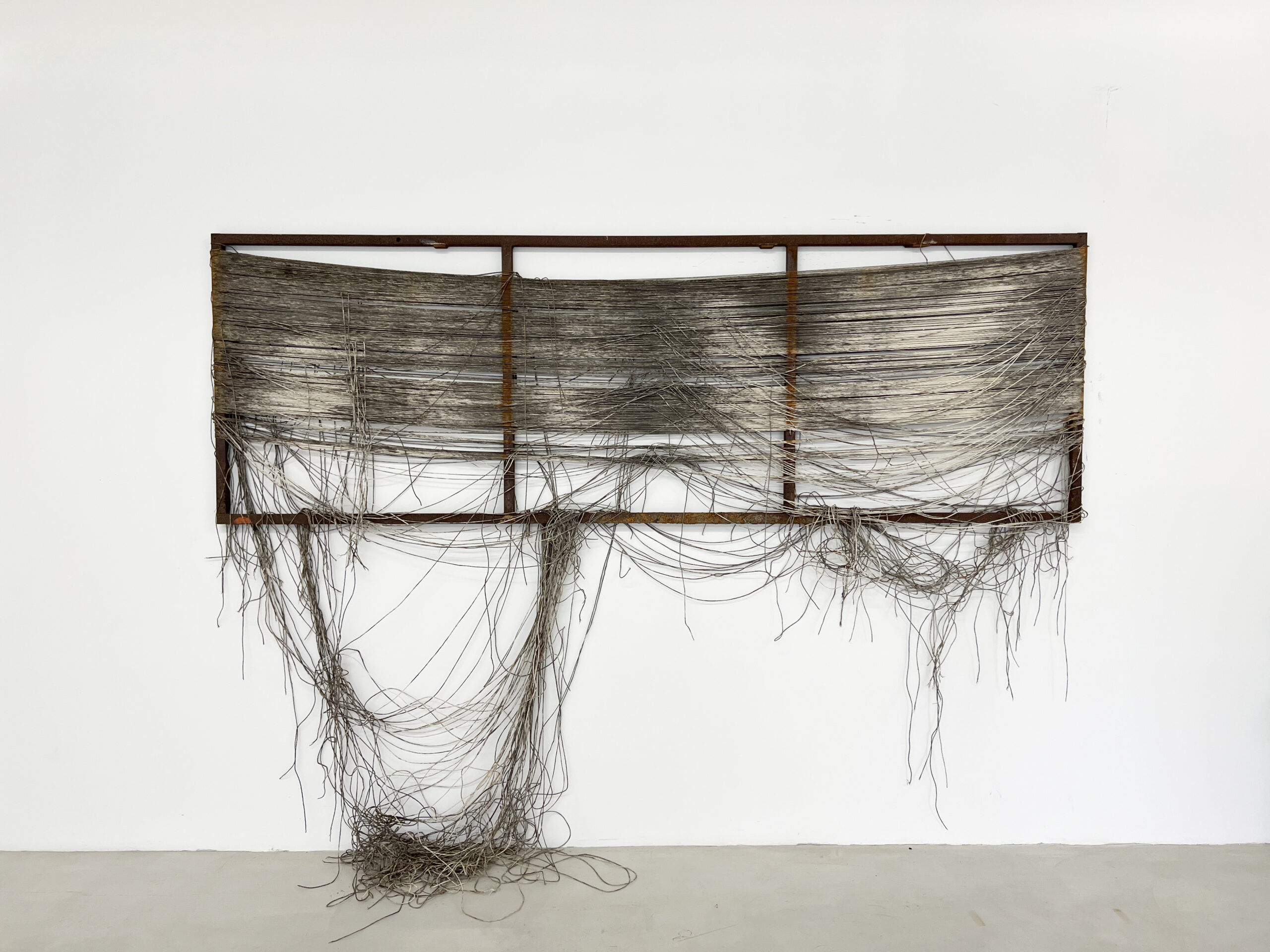 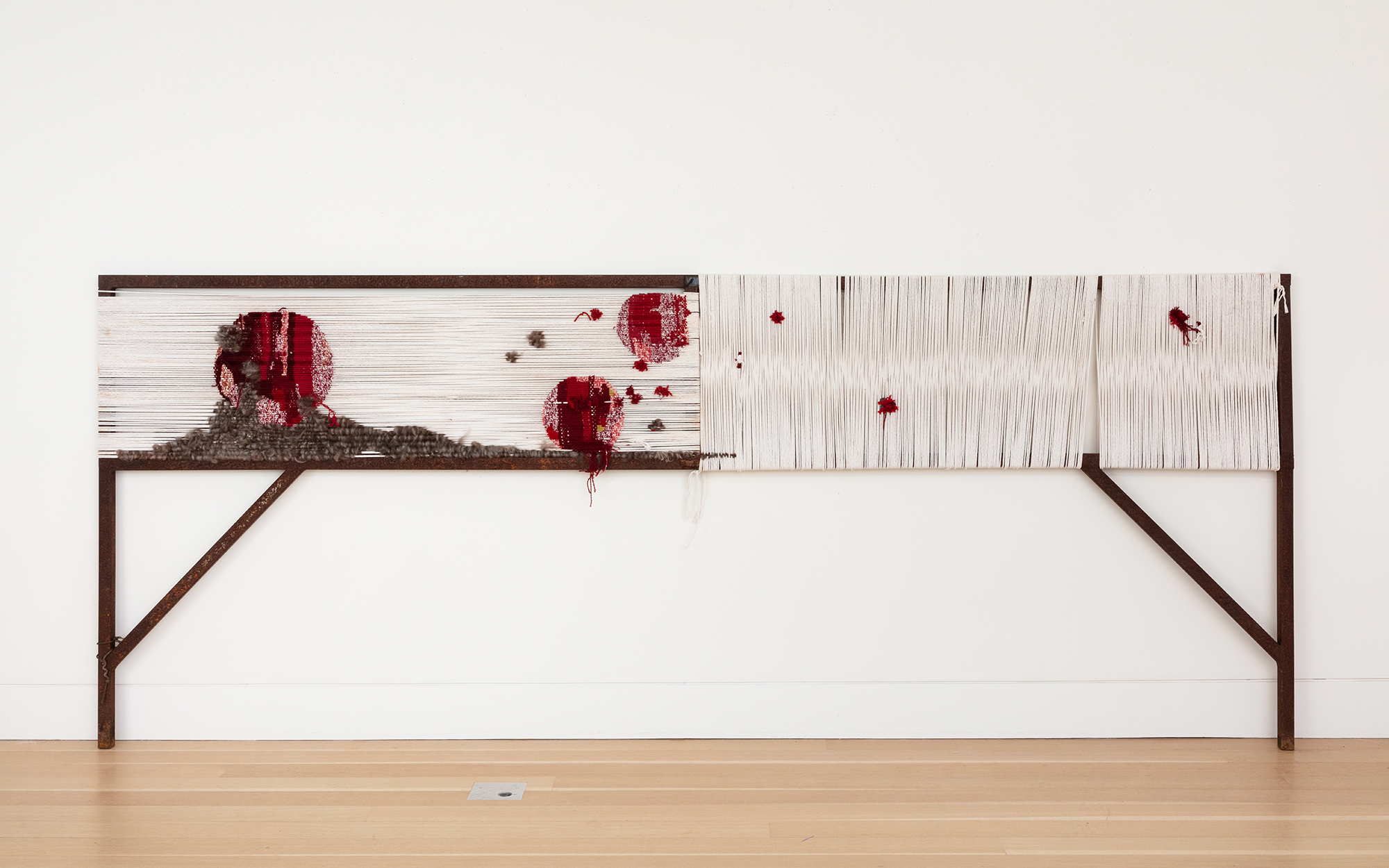 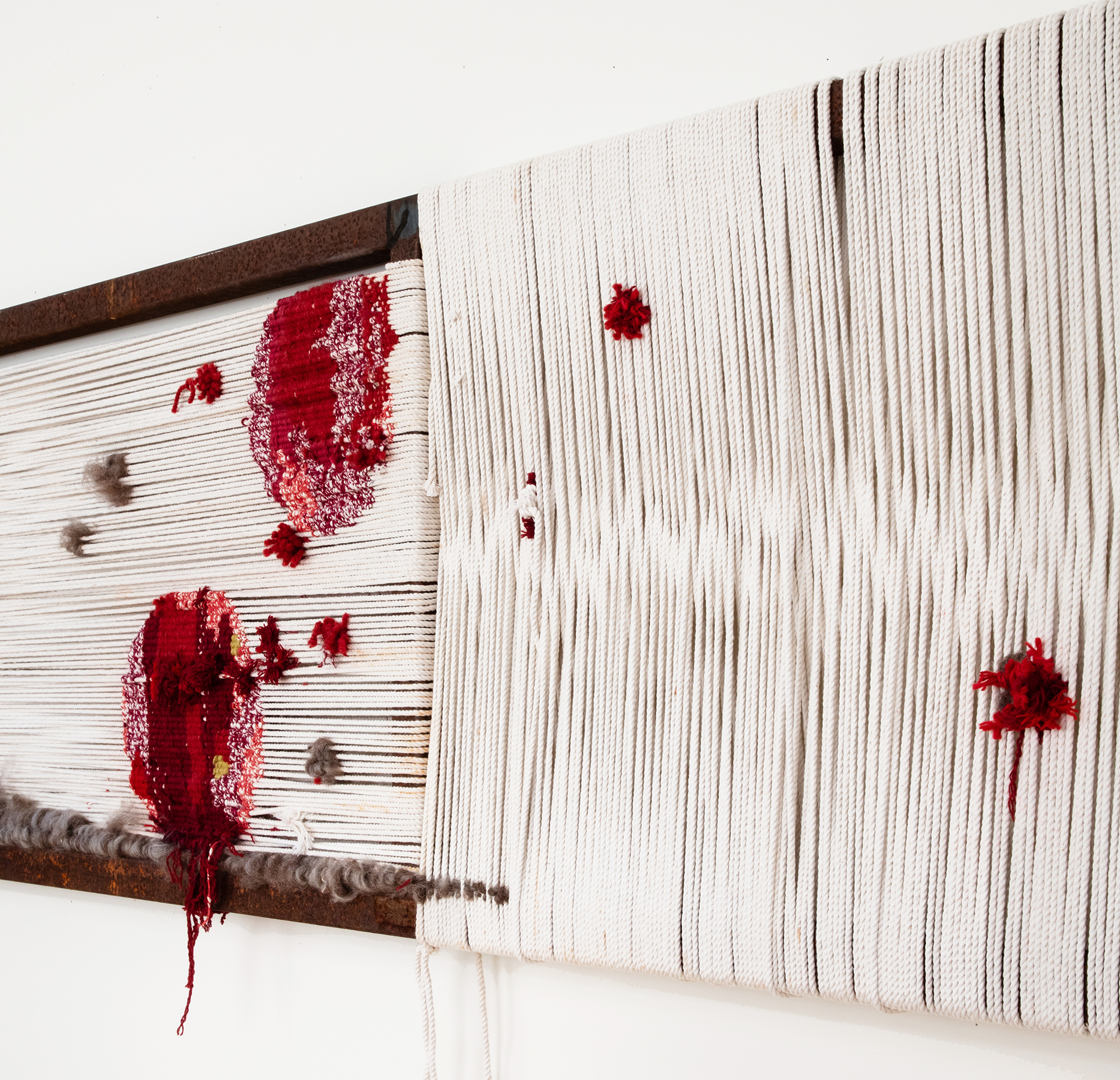 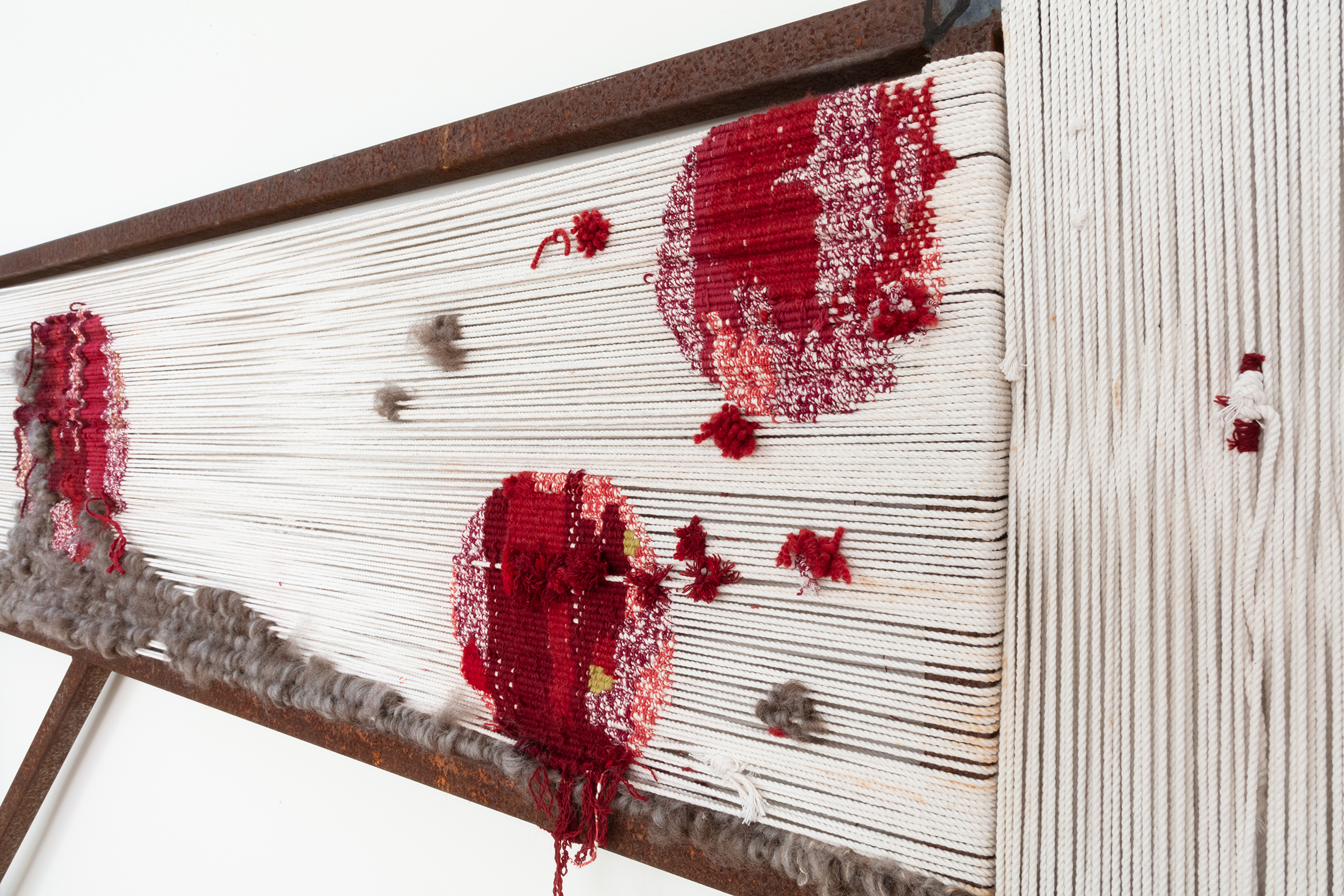 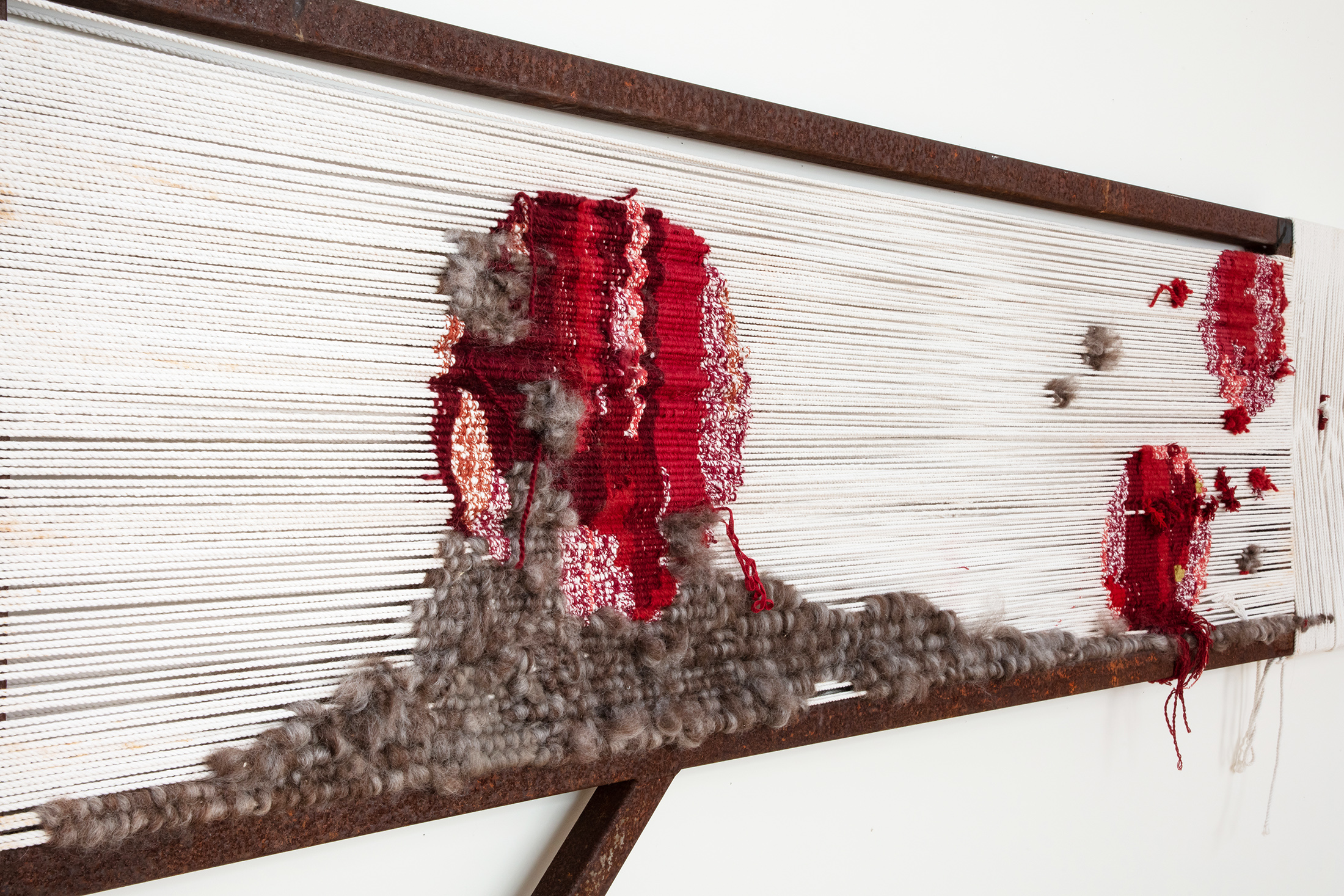 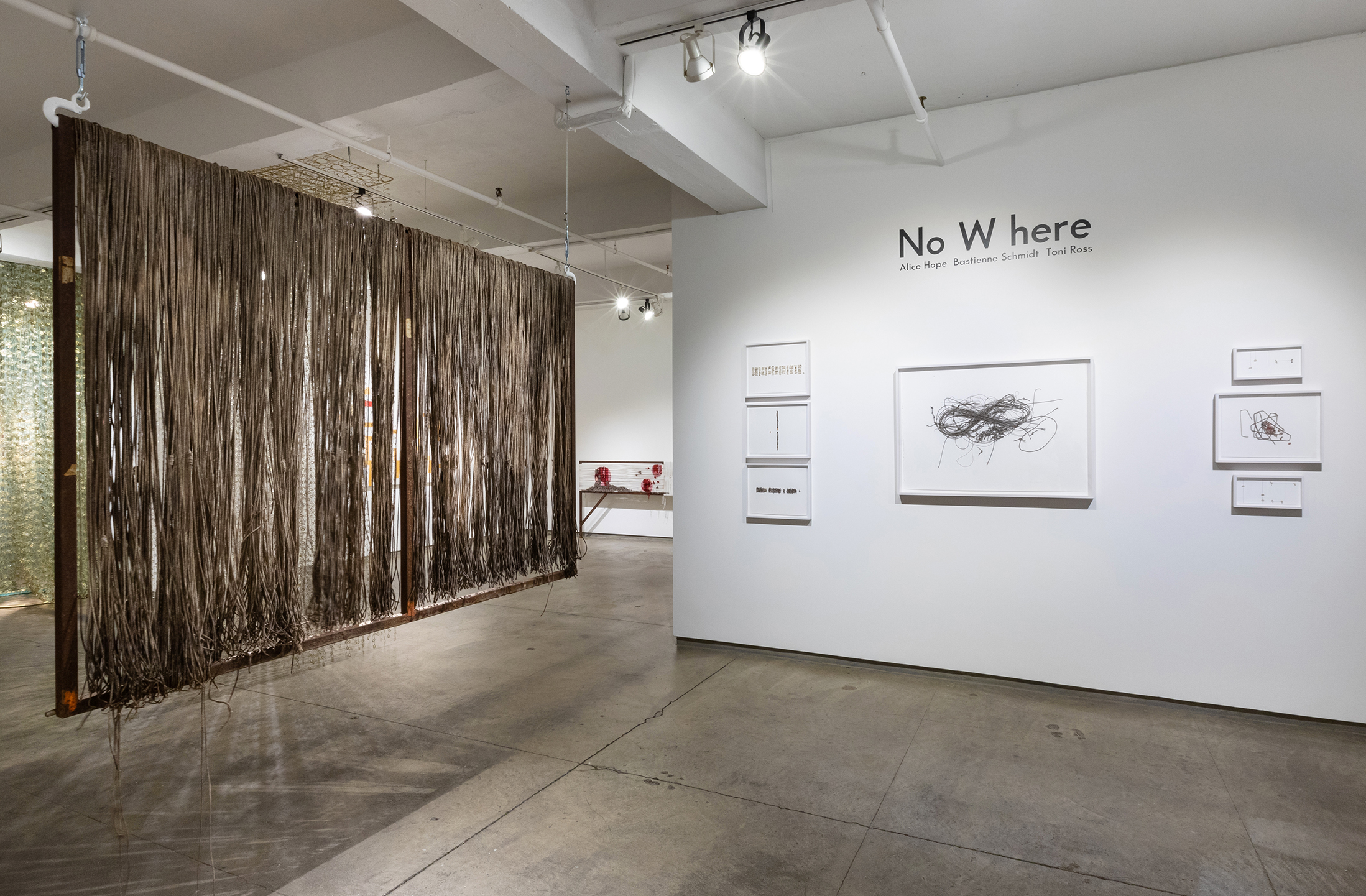 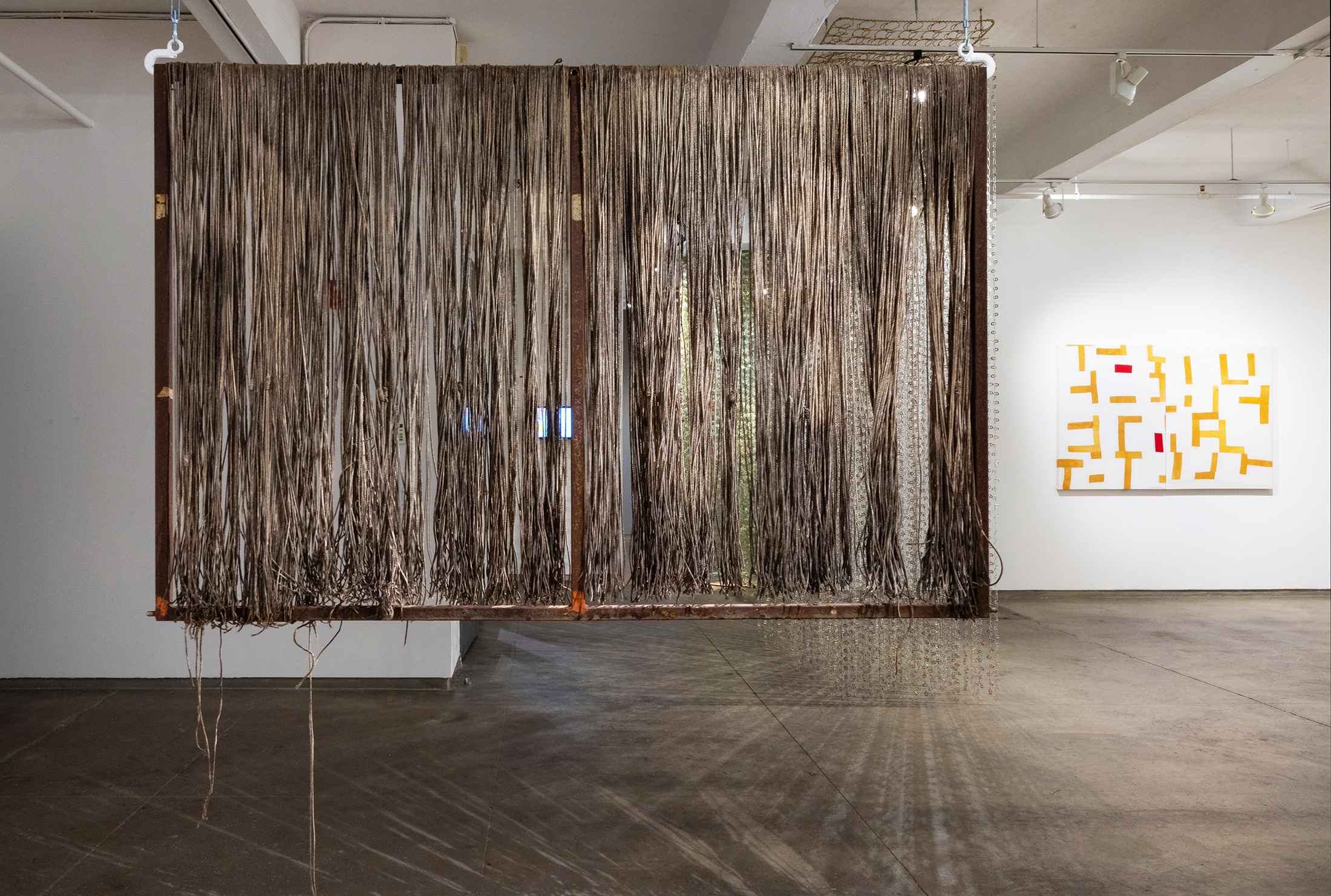 The steady advance of time and the visual concept of an aggregate form have been central in my creative life. During the pandemic, I felt I had lost all sense of time and space. The traditional markers of time disappeared, and I was, as so many of us were, untethered. A creative anchor emerged from the most nascent aspects of my practice: repetitive motion, remnants of form, the effect of time and weather on objects, the beauty of aged surfaces, and the juxtaposition of fragility and strength. As a way of navigating our heretofore unfamiliar waters, I began to explore the knot and twine fragments of reclaimed elements from Sanctuary Entwined, a 2017 site-responsive installation I created at East Hampton’s LongHouse Reserve. My explorations led to newly twined frames into which I began weaving aspects of the COVID-19 tracking patterns that emerged daily in the news. Observing these patterns gave form to my sense of lost time, as what had at first been an unthinkable two weeks slowly morphed into many months, and now, more than a year.

The knots, coils, loose twine, and entire panels from Sanctuary Entwined provided raw material for discovery. Some of the twined segments function like root-systems, offering seedlings for creative regeneration. In assembling small knots of aged twine in linear patterns, I found them to evoke the rhythm of language. I also began to see the knots as markers from which a line drawn in ink creates an active tension, as if connecting to a time and place with relentless energy. In another work, a large mass of coiled hemp is gestural, possessed of action and resolution. Released from the structural tension it bore for over a year, the twine retains its own memory of being pulled taut and cinched around corners. And, now cut loose from their binding, the large skeins of twine that hang on original steel armatures create a new natural beauty while continuing to tell the story oftheir weathered past and, for me, pointing a way forward.